The classic Minnesota lakeside family resort can be found in the Minnesota Central Lakes region. Spend time on the water, then head to a top state park, historic site or miles and miles of trails throughout the region. 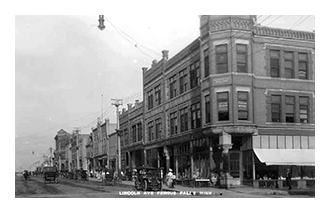 The region’s history dates back thousands of years. In fact, the oldest Native American remains found in the state were found in this region. Nicknamed “Minnesota Woman,” the remains are at least 10,000 and possibly 20,000 years old. The remains were found in Pelican Rapids in 1931 by a crew building a road in the area. They were covered with a layer of shells – and water hadn’t been in the area for at least 10,000 years. The discovery helped change the belief that Native Americans had only been in North America for a few thousand years.

During the 18th and 19th centuries, the Dakota (Sioux) and Ojibwa (Chippewa) tribes inhabited the area. They were frequently in conflict, which only escalated as the area started to be settled by Europeans.

As in much of the state, fur traders were the first Europeans in the area, and they set up trading posts near Leaf and Otter Tail Lakes. By the 19th century the first towns were built and the area became known for lumber and agriculture. In fact, Fergus Falls became a hub in the lumber market.

Agriculture in the region was dominated by wheat, and by the late 1800s more than 1,000 mills in the state were built, making Minnesota one of the largest flour-producing states. Because of the Otter Tail River, this region was the largest flour-producing region outside of Minneapolis. Phelps Mill, one of the top mills in the area, still stands today as part of a county park.

The region’s early history is also marked by two major tornados that hit the area in the early 20th century. Fergus Falls suffered significant damage during the 1919 tornado, which claimed 57 lives and still stands as the second deadliest tornado in the state’s history. It rebuilt the downtown, which today has seen a new revival with shopping, restaurants and theatre. 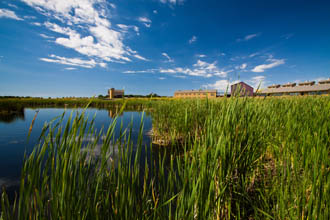 Don’t miss a visit to the Prairie Wetlands Learning Center – a great spot to see the MN seasons change. 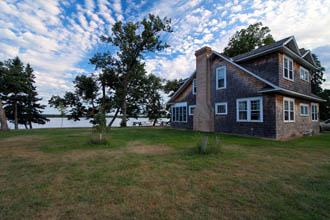 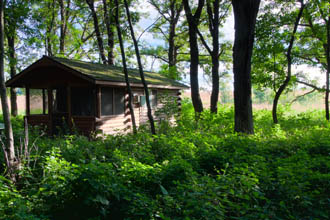 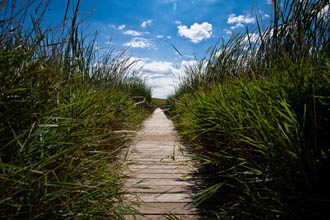 Prairie Wetlands Learning Center is a top destination for hiking, birding and taking a nature course. 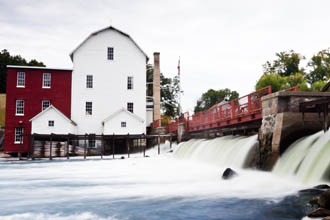 Phelps Mill historic site preserves one of
the region’s most successful early mills.

Things to Do in MN Central Lakes

Enjoy the Arts
Fergus Falls’ renovated 1921 Fergus Theatre is home to A Center for the Arts. The 412-seat theatre hosts live music, theatre, dance, literary readings and film throughout the year, including a season theatre series. The center also produces children’s theatre shows.

Nearby in downtown Fergus Falls, the 1915 Hotel Kaddatz has been renovated into the Kaddatz Galleries. The center showcases regional artists and hosts workshops and lectures.

Head Outdoors
The region is home to some of the most distinctive state parks, offering distinctive views of the transition zone from prairie to northern forest. At Glendalough State Park, in Ottertail County, paddle in the 335-acre, non-motorized Annie Battle Lake. The clear lake’s sandy beach is a top spot for swimming. The park also offers cart-in and canoe-in campsites and four year-round camper cabins with propane fireplaces.

If you visit in the fall, don’t miss a stop at Maplewood State Park in Pelican Rapids to see the park’s maple tree forest blazing in red, yellow and orange. Explore the park’s eight major lakes. The largest is Lake Lida, which also has a swimming beach. Camping and horse sites are available, as well as five year-round camper cabins.

Near Fergus Falls, see unique views of the prairie at the Prairie Wetlands Learning Center. The center is located in a transition zone from wetlands and tallgrass prairie to northern forest, making it a habitat for one of the state’s greatest concentrations of biodiversity. Nearly 300 species of birds next in the area, making the area one a top birding destination. The 330-acre site includes 3.5 miles of trials and a one-eighth mile interpretive trail.

Bike the Central Lakes Trail, a 55-mile paved trail from Fergus Falls to Osakias. In the winter the trail is open to snowmobiles.

For a shorter walk, try the RiverWalk in downtown Fergus Falls, from Lincoln Veterans Park to Union Avenue. The signs along the historic walk highlight the builds along the route, including the dam and falls for which the town is named.

The regions trails are not just for biking and walking though. The area is also known for its other unique trail systems. On the Pine to Prairie Birding Trail, see more than 275 species of birds throughout the year that call that migrate and nest in the area’s distinctive habitat. The Minnesota Golf Trail connects nine area golf courses offering championship golf and even a few resort stays along the trail. And Otter Tail River Water Trail, a canoe and kayaking trail, a 157-mile scenic waterway through three Minnesota counties.

Explore History
One of the most successful mills in the region, Phelps Mill, has been preserved as historic site and county park. The original milling equipment and dam are still at the site, which is open for tours May through October. Each July, the Phelps Mill Festival celebrates the site’s history with art, music and food.

Nearby in Pelican Rapids, a historical site marks the spot where the Minnesota Woman was found in 1931. The remains are believed to be at least 10,000 years old and possibly up to 20,000 years old, and are among the oldest remains found in North America. They are also one of the earliest remains of this age, and helped bring to question the believe that Native Americans first arrived on the continent after the first ice age about 10,000 years ago.  Since this discovery, additional remains found in other parts of North American have helped confirm the belief that Native Americans have lived on the continent much longer than previously thought. 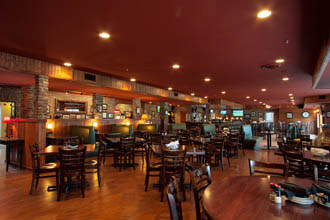 Where to Eat in MN Central Lakes

Fergus Falls offers a variety of dining options. Find seafood, pasta and hand-tossed pizzas at Bello Cucina Italian Restaurant; Mexican at Don Pablo’s Mexican Restaurant (which is not the chain known in other parts of the state); a steak and a beer at Mable Murphy’s Irish pub; and family comfort food at the Viking Care.

Willy T’s Tavern & Grill at Thumper Pond is a top spot for sandwiches and burgers, pizza, and a variety of steak, chicken and seafood entrees. 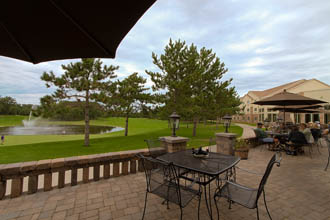 Thumper Pond in Ottertail offers something
to enjoy for the whole family.

Where to Stay in MN Central Lakes

Family-run resorts are found throughout the region, many with rich history dating back to Minnesota’s early resort days at the turn of the 20th century. Rent a cabin at Five Lakes Resort on private Lake Five in Frazee, stay with the forth-generation of the Schultz family at Ten Mile Lake Resort and Steakhouse in Dalton, or check in at Bonnie Beach Resort, one of the longest continuously-running resorts in the area with history dating back to 1882.

Plan a family getaway to Thumper Pond Resort resort in Ottertail. The 250-acre resort features an 18-hole championship golf course, dining, a spa and boutique, and the Northern Hideaway indoor waterpark.  The resort is nearby numerous local lakes including Ottertail Lake. But don’t just think of it in the summer months.

“We have plenty to do in the winter too,” said Nicole Lalum, Thumper Pond sales and marketing manager. “Guests can try our cross country skiing and snowshoe trails, and we’re connected to more than 500 miles of groomed snowmobile trails right from our parking lot. Of course, the water park continues to be a favorite in the winter months too.” 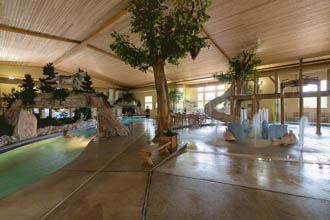 Thumper Pond’s indoor water park makes the resort a great destination at any time of the year.

When to Go to MN Central Lakes

Head to Central Lakes all summer long for great fishing and boating. In the fall, see the changing colors and unique scenes of prairie and forest. And both spring and fall visitors will see migration of hundreds of bird species that stop along their journey. 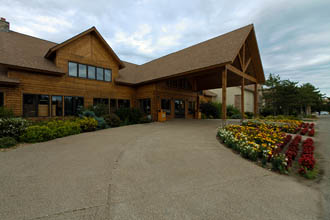 Near Ottertail, Thumper Pond Resort is
an easy to get to getaway destination.

The Central Lakes region is an easy drive along highway 94 northwest of the Twin Cities.