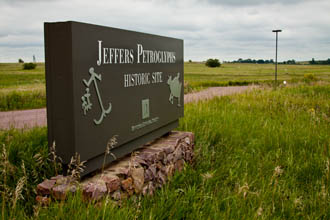 Jeffers Petroglyphs in Comfrey, MN maintains ancient carvings some of which are 7,000 years old.

A walking path guides visitors at the Jeffers Petroglyphs up the prairie to the ancient carvings. 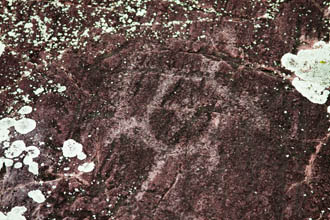 A turtle carving at the Jeffers Petroglyphs is a symbol representing longevity to Native Americans.

Guided tours of the Jeffers Petroglyphs ancient carvings are available for visitors during the summer. 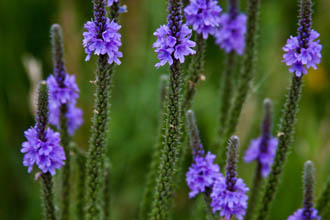 The Jeffers Petroglyphs are located within the Prairie region of MN and maintain a host of wildflowers onsite. 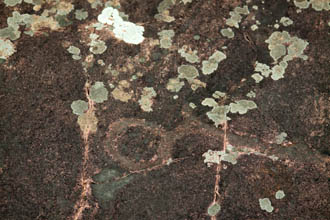 Here, a man with an atlatl can be seen carved into
the Sioux Quartzite at the Jeffers Petroglyphs. 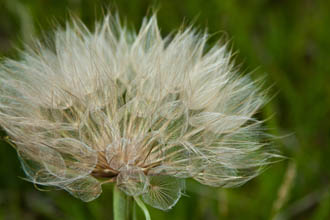 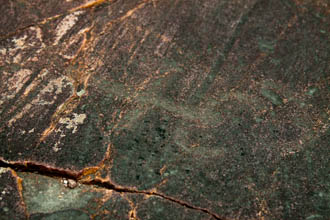 2,000 ancient carvings, some 7,000 years old, were crafted by Native Americans at the Jeffers Petroglyphs. 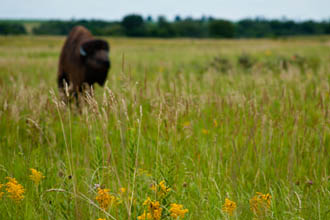 Bison were central to Native American life on the prairie and are celebrated at the Jeffers Petroglyphs site.

To truly understand Minnesota’s history, you’ll need to go all the way back to the beginning. And that place is a tiny prairie town called Comfrey, MN site of the historic Jeffers Petroglyphs. The rock carvings here mark Minnesota’s earliest historic record and today comprise a historic site and hiking path where visitors can step back in time to view Minnesota’s prairie as it has stood for thousands of years.

Among the wavy prairie grass and gentle lavender and yellow wildflowers, juts the reddish and gray Sioux Quartzite stone on which the petroglyphs are carved, in some places rubbed to a polished finish by bison that roamed this area and rubbed against the stone to shed their winter fur.

Now a state historic site, a walking path guides visitors through the petroglyphs, and guided tours are available during the summer months.

“It takes a moment for your eyes to get adjusted to what you’re looking for, then it’s easier to see the carvings of animals, shapes and other figures,” said Pat, one of the site’s guides. “The best time to see the carvings is in the morning or afternoon, because of the changes in the sun’s angles and the way the sun hits the stone. While the visitor center is not open that early or late, visitors are welcome to come out.”

“There are more than 2,000 carvings here, and the oldest, an image of a group of buffalo, is believed to be at least 7,000 years old.”  While some of the carvings are older than the Egyptian pyramids, Pat explained that the most recent were just 150 to 250 years old – except for one carving by J.B. Churchill, a settler who carved his name and the date, July 1875, into the stone.

The petroglyphs were first seen by settlers in the area in the 1870s, and the 160-acre site was purchased by the Minnesota Historical Society in 1966 from its last private owner, W.R. Jeffers.

Walking down the path, visitors can view images of snakes and birds, turtles and stick figures, bison, weapons and abstract designs, all with significant meaning to the American Indian tribes who visited the area.

“This is considered a sacred place. Today, Native Americans continue to come here for ceremonies and prayer,” said Pat. “The images have special meaning for those who created them. Snakes may represent spirits. Some snake carvings are found near cracks, which could indicate spirits coming out of the earth. Carvings of horses or feathers likely represent superior wisdom. Images with a circle around the feet represent medicine, while the turtle is a common symbol among Native American tribes representing longevity. The images of the Thunderbird can also be seen here, but are rarer.”

The site was a spiritual place for tribes of Dakota, Iowa, Arapaho and Cheyenne that lived in Minnesota. It is also believed to be the place where Dakota leaders came to pray for guidance before they were driven from the area after the 1862 war, commonly known as the Sioux Uprising or Dakota Conflict. ,

Based on the carvings, it appears the petroglyphs were carved with quartzite tools. “The tools probably wouldn’t have been made in this area, so the Native Americans likely had to trade for them,” said Pat, pointing to the carvings. “Many of the images are similar in style to carvings found in the Black Hills of South Dakota, and in Washington State and Southwest Canada. Some of the stones also feature pictographs, not just carvings.”

Today, some of the carvings are on the verge of being covered over with lichen, something the historical society is working to prevent.

“Over the years, lichen has grown on many of the stones. Lichenologists have identified 18 types of lichen here. We’re now working to remove it from the petroglyphs and preserve the stone. It takes one year of covering the stone to remove the lichen.”

The recovery effort symbolizes the prairie’s ever changing and evolving nature, something the state hopes to preserve on the site. In addition to the paths through the carvings, visitors can also walk around the preserved prairie land.

Visitors here may be fortunate enough to hear the high whistle of the upland sandpiper as it lands on the stone, returning to the prairie from its winter home in the Pampas of Argentina. Or they may see the regal fritillary butterfly as it floats among the wildflowers and milkweed, often mistaken for the monarch because of its orange and black coloring, but set apart by the white spots on its wings. Once numerous on the prairie, species like these remain threatened. The southern 47 acres of the Jeffers site was among the first prairie restorations in the state, and native plant and animal species like these are beginning to thrive here once again.

“This area represents a long history,” said Pat, “and we hope it will be here for a long time.”

If you go:
Jeffers Petroglyphs is managed by the Minnesota Historical Society (MHS) and is open Memorial Day through Labor Day. A small fee applies for MHS admission rates for visitors ages 6+, while visits are free for MHS members. The visitor center is open Mondays and Thursdays through Saturdays from 10 a.m. to 5 p.m., and Sundays from Noon to 5 p.m.

The site is also an ideal place to see the stars. Each year, the Minnesota Amateur Astronomers society holds its “Starry Night, Prairie Night” event at the site because it is much darker than other more populated areas of the state, providing a brilliant view of the night sky.

While You’re There:
Visit Blue Mounds State Park in Luverne, MN for another inspiring view of prairie grasses and wild flowers. Catch views of the park’s bison herds, and see the prickly pear cactus that grows in the park and blooms every June or July.

Nearby, visit the Touch the Sky Prairie, an 800 acre restored prairie established by the foundation of photographer Jim Brandenburg, who grew up in the area. See photos of the prairie at the Brandenburg Gallery in downtown Luverne (213 E. Luverne Street).

The site is also just an hour and a half from Pipestone National Monument. Along the way, stop at the Laura Ingalls Wilder Museum and dugout site on Plum Creek in Walnut Grove, Minnesota. From the Petroglyphs, take Highway 71 north to Highway 14 east to Walnut Grove.